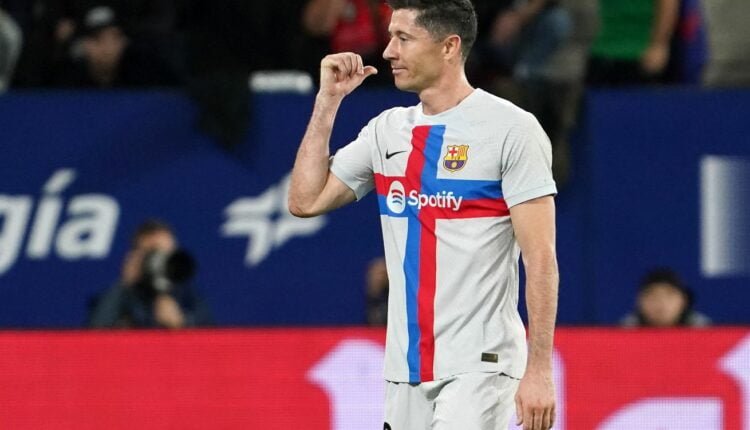 Lewandowski explains gesture after being despatched off

The striker walked within the first half

Barcelona striker Robert Lewandowski has defined the gesture he made after being despatched off towards Osasuna on Tuesday evening.

The striker was requested in regards to the incident and got here up with the next.

“Last week we already talked with Xavi that I should be careful when I get a yellow card,” he defined. “The gesture was for him, not for the referee. What we said has happened. It’s my fault.”

It’s being reported that Lewandowski may very well be hit with a three-match ban for the purple card he obtained.

The referee report detailed the ideas from Manzano concerning the incident: “Once sent off and as he was leaving the pitch, the player twice made a gesture in disapproval of the decision (…) then pointing towards the referee.”

Perhaps Lewandowski is simply making an attempt to get himself a pleasant trip post-World Cup? The striker is certain to be busy for Poland in the event that they advance and he’s received some miles on him. Let’s simply see if Barca appeals any multi-match choice.

Leeds dealt one other harm setback forward of Wolves, it is an enormous blow for Marsch – opinion