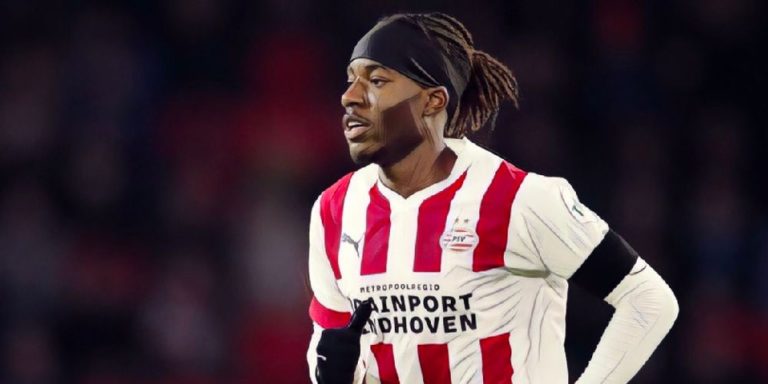 Chelsea have reportedly reached an settlement with PSV Eindhoven for the switch of Noni Mudueke.

Having spent near £300 million in the summertime, the Blues have already added an additional 5 new faces to their ranks within the January window, with Mykailo Mudryk becoming a member of David Datro Fofana, Andrey Santos, Benoit Badiashile and Joao Felix at Stamford Bridge.

Nonetheless, Todd Boehly’s spending spree is exhibiting no signal of slowing down, with The Athletic reporting that Chelsea have now agreed a deal to signal England U21 worldwide, Noni Madueke.


The Barnet-born attacker frolicked within the youth setups of Crystal Palace and Spurs earlier than becoming a member of PSV in 2018, the place he has gone on to attain 11 objectives in 51 Eredivisie appearances for the Dutch membership.

He now seems set to return to England after Chelsea agreed a £30 million price with PSV, who had been eager to maintain the 20-year-old.

Madueke is left-footed and predominantly performs off the fitting wing, and can add to Chelsea’s already well-stacked attacking ranks.

Learn Additionally – 5 summer season signings who might depart this month